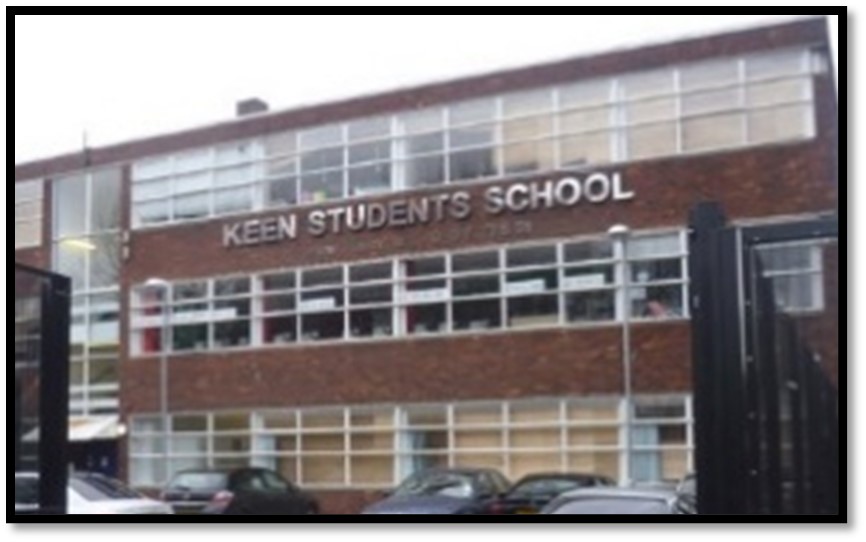 GSL is founded on and has extensive experience of providing tuition support to disadvantaged individuals and groups. The Keen Students school was founded in 1990 and ran until 2016.  It was a charitable trust set up by Kamal Ahmed along with concerned parents who were concerned about the underachievement of children in their borough.

"...[it's] satisfying having the luxury of working in depth with students and following their development from year to year." – Ms Jane Lofthouse (Senior English Teacher, KSS now Deputy Cabinet Minister for education)

The aim was to support pupils from disadvantaged backgrounds to gain GCSE and A Levels in East London, hundreds of pupils from local schools who previously demonstrated poor attendance and lack of engagement, attended due to the schools not being able to provide effective provision, and soon excelled.

"… it became clear that the very same kids who were disruptive and would not learn at school then volunteered to come after school and learn..."

It became nationally recognised as a “great model” (Former Education Secretary - Estelle Morris). It consistently out-performed the LEA in percentage of passes and higher grades, as well as being consistently in-line or exceeding National performance.

"KSS has clearly made a difference to the lives of very many young people in Tower Hamlets and helped them to success in education and their careers." – Rt. Hon. Estelle Morris (then Secretary of State for Education and Skills)

GSL continually seeks out new ways to support the most vulnerable communities and students.

GSL more recently provided GCSE tutoring both onsite, in partnerships with the schools and in the pupils’ own homes, to hundreds of pupils in disadvantaged communities in East London at risk of failing, particularly in English, Maths and Science.  The support was provided directly for a number of secondary schools including: Mulberry school, Central Foundation Girls, Swanlea, Bishop Challoner, Skinners Company’s school, Forest Gate Community School.

Through its Intervention Support Service, for example, GSL have worked with schools who needed to target specific groups of disaffected students in Year 10.  Once engaged with our teachers, we used research tasks to inspire aspirations, through role models and routes into further education – helping them to realise what they could achieve, broadening their horizons and helping them to find a purpose in striving for the grades they needed at GCSE.
This tutoring model is directly linked with current research and educational pedagogy related to the benefits of small group tutoring to support disadvantaged students.

Our tutors are recruited and selected from a wide pool allowing us to select highly experienced, highly qualified teachers, TAs and tutors. Research has shown that tutoring delivered by professionals and paraprofessionals is more effective than that delivered by inexperienced tutors or volunteers.

Research conducted in the USA in 2018 identified clear factors which influenced successful online and face-to-face tutoring. These are all intrinsic in our model.  In order to achieve and evidence impact pupils will undergo pre-assessment in terms of their subject knowledge and skills as well as their learning styles and attitude to learning. Our tutors employ guided enquiry, guided coaching and scaffolding as well as higher order questioning techniques. This not only increases subject knowledge and confidence but also develops strategies and skills that the pupil can apply in broader situations. This helps with academic testing of processes and knowledge as well as reasoning and higher order questions in exams or coursework. This not only improves grades at the required pass rate at GCSE or SATs level, but also allows them to potentially access the higher grades too.

Robert Slavin, 2018 in his assessment of empirical studies, identified that tutoring is not more successful only because of the individualised learning provided, but also relied on additional nurturing and attention. Our tutors use ‘Socio-affective’ strategies (Cherie Mazer, 2018) to develop a rapport with each pupil which fosters trust and confidence.

“…they gave me the support I needed to succeed in both GCSE and A level in a secure, friendly and positive environment." – Shejue Begum (former KSS Student)

So from the humble but undeniable successes of the foundations laid at The Keen Students School, an effective and holistic model has evolved.

Find out more about GSL Tuition at www.gsleducation.com/keen-students-tuition

Last week, the DFE finally confirms primary schools will continue to receive the £320 million PE and sports premium for the next academic year 2021-22.

The essential guide and changes for Early Years providers and practitioners about the forthcoming safeguarding and welfare changes in the new statutory framework and how to prepare for it now.

Prime minister announces the next step in the education recovery plan and to boost education for those children affected by the pandemic.

01.06.2021 Ofsted to review the impact its Inspection Framework has on Staff Wellbeing

The Department of Education have released their new ‘Education Staff Wellbeing Charter’ with Oftsed. The charter was created in collaboration with teachers unions, schools and the 'Mind' mental health charity.